Imagine a world free of oppression, and built on social justice and community support instead. What would it look like?

Be the Change! is the first coloring book featuring the art of Justseeds Artists’ Cooperative. These 35 illustrations envision radical social transformation and pathways toward a more just future. People of all ages will find inspiration here. In a world that is getting faster every day, slow down and celebrate art and resistance. Make the revolution bright, colorful, and irresistible! Together we can be the change we want to see! 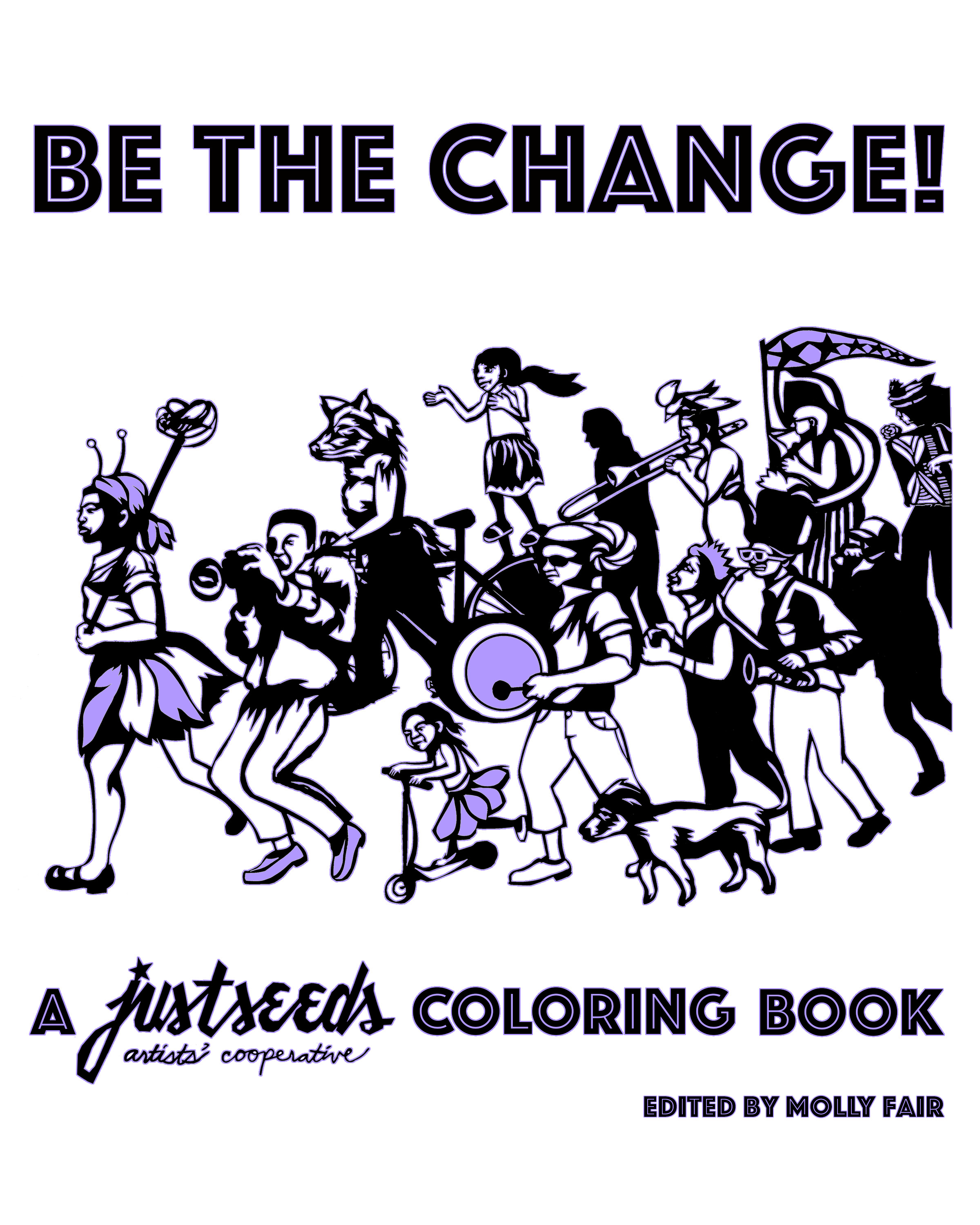 Download these free samples pages and take the coloring book for a test drive! Click the thumbnail to go to the full size image, then right-click and “Save Image” to your desktop. Check back weekly for additional pages! 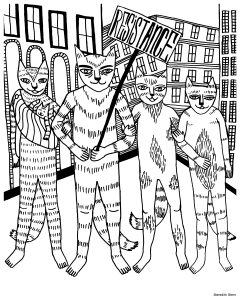 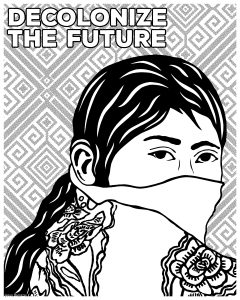 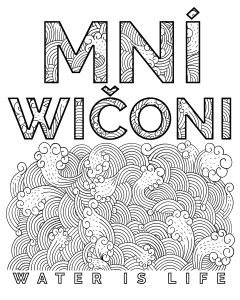 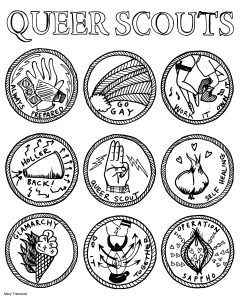 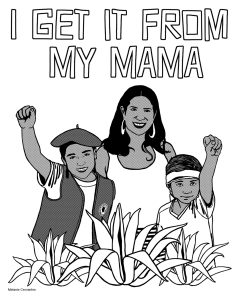 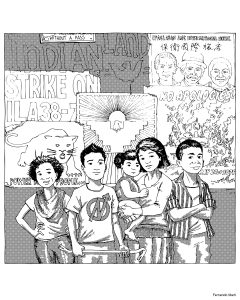 Be the Change! is a collaboration between Radix Media and the Justseeds Artists’ Cooperative. It is also the second title in Radix Media’s publishing program, which we launched in April 2018 with our anthology AFTERMATH: Explorations of Loss & Grief.

Justseeds Artists’ Cooperative is a decentralized network of socially engaged artists, designers, and cultural workers, who utilize the tools of creative expression to uplift movement work. Together they have produced countless graphics and posters in support of grassroots campaigns, on issues ranging from migrant justice, to prison abolition, and climate change. Inspired by radical artistic traditions and modes of production, their work spans a variety of mediums, including printmaking, murals, stencils, zines, and free digital graphics. Their work has been exhibited everywhere from community centers to museums, and can often be seen in protests on the streets. Since 2007, Justseeds has operated as a worker-owned cooperative, which serves as a distribution platform, with members in the U.S., Mexico and Canada. Their artwork can be found at www.justseeds.org.

The following artists appear in Be the Change!:

What People Are Saying.

“I have followed and admired the work of Justseeds for many years and have tremendous amounts of respect for the depth and quality of the collective’s work. Justseeds has pooled together some of the most important art activists of our time and given us the gift of a backpack-sized revolutionary tool. This new coloring book covers so many issues, from climate change to power abuses, colonization to animal rights. One particular image of a child standing atop an old growth tree stump says a thousand words with just one powerful image that will bring tears to your eyes. I imagine Be the Change! will be a treasured tool in the awakening of our world. I can’t wait to study and color in it.” —Jacinta Bunnell, author of The Big Gay Alphabet Coloring Book

“I’m so excited that the Justseeds collective created this coloring book—in collaboration with Radix Media, no less! There is a new movement afoot. One in which our children, those who will live in Khalil Gibran’s ‘House of Tomorrow, which you cannot visit, not even in your dreams,’ will illuminate the way.” —Innosanto Nagara, author of A is For Activist

“Be the Change! made me want to sharpen all my colored pencils and get to work with intention.” —Nikki McClure, artist and maker of Share the Future 2019 Calendar

“Art has the power to change lives. We can do more working together than we can do alone. Bring Be the Change! to your work meetings, book readings, friends’ houses and public waiting rooms. And bring crayons to share! Let’s include the young, the old, the caregivers and everyone else working to build a better world together.” —China Martens, author of Revolutionary Mothering: Love on the Front Lines

“This book captures so many amazing artistic styles and important issues. What better way to talk about them with your family and friends than with crayons? Get inspired and color the revolution!” —Tomas Moniz, editor of Rad Dad and Rad Families

You can find Be the Change! at the following bookstores. If you don’t see your favorite bookstore listed here, you can request that they get in touch directly to order copies!