Radix Media is proud to present issue three of The Solar Grid, a serialized comic by Ganzeer.

After a great flood plunges the modern world under water, high tech corporations immediately seek to prioritize their profits in an ever-shifting world with little regard for life on Earth. Naturally, resistance movements crop up across the globe, but sometimes it takes years, even centuries for revolutions to come to fruition. In this deeply relevant third issue of The Solar Grid, Ganzeer brings together two attempts to stop Skyquench. They’re separated by centuries, but united with a clear purpose—to save what’s left of planet Earth.

Journalist David Batty of The Guardian finds this sci-fi opus to be “rooted in history, both personal and political.” 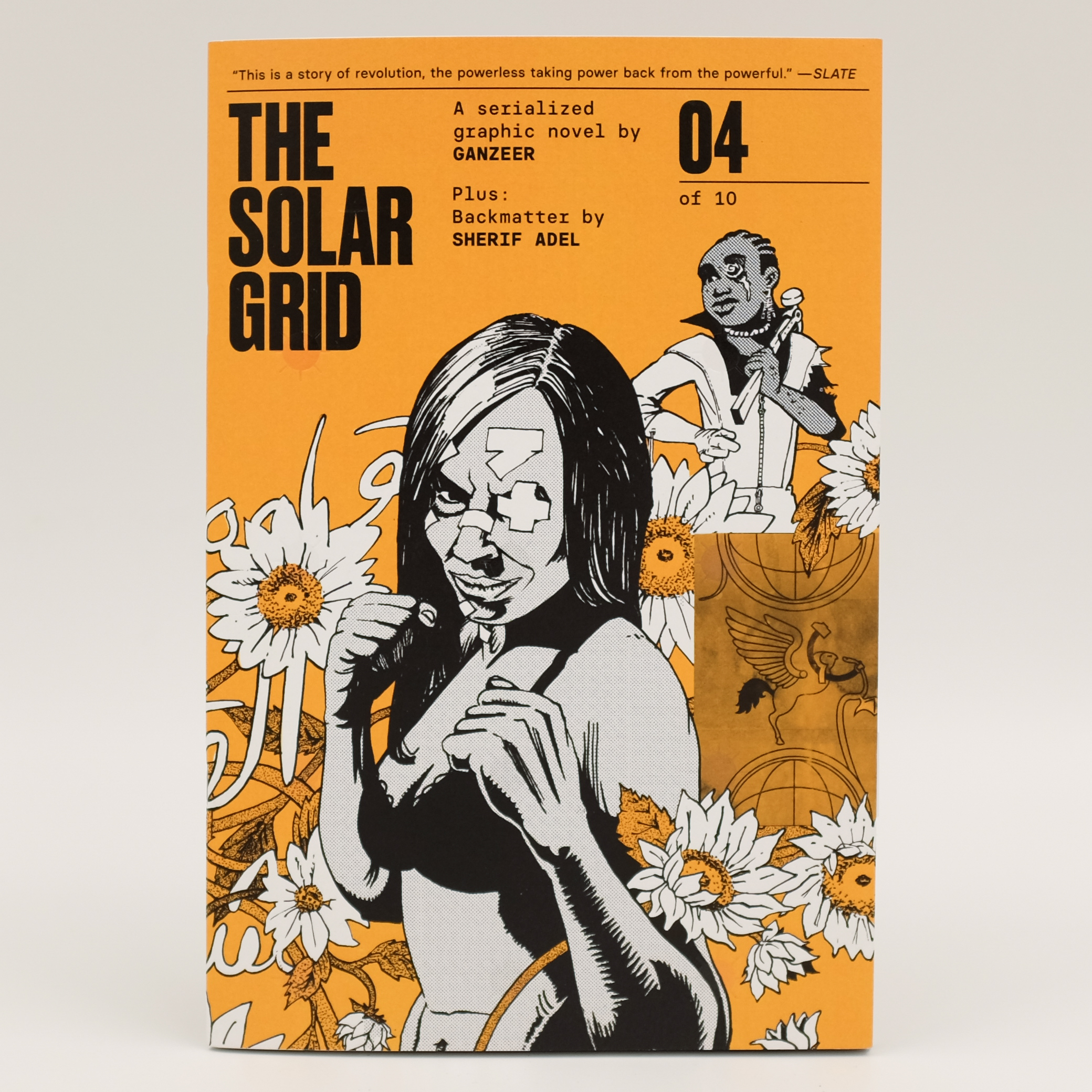