On Mars, no virtual luxury is off limits.

Issue 06 of The Solar Grid takes us to the Martian utopia, where the red planet’s inhabitants—aided by a complex augmented reality system—strut around a made-up paradise in the most inventive garb. No virtual luxury is off limits. It would seem, however, that objectors to this perfect world walk among them.

The Solar Grid will be serialized across ten saddle-stitched comics. Issues 1-5 will run from April 2021–August 2021, and issues 6-10 will run from June 2022-October 2022. Following the project’s completion, we will publish a limited edition box set comprising all ten issues for the most ardent readers to pick up. 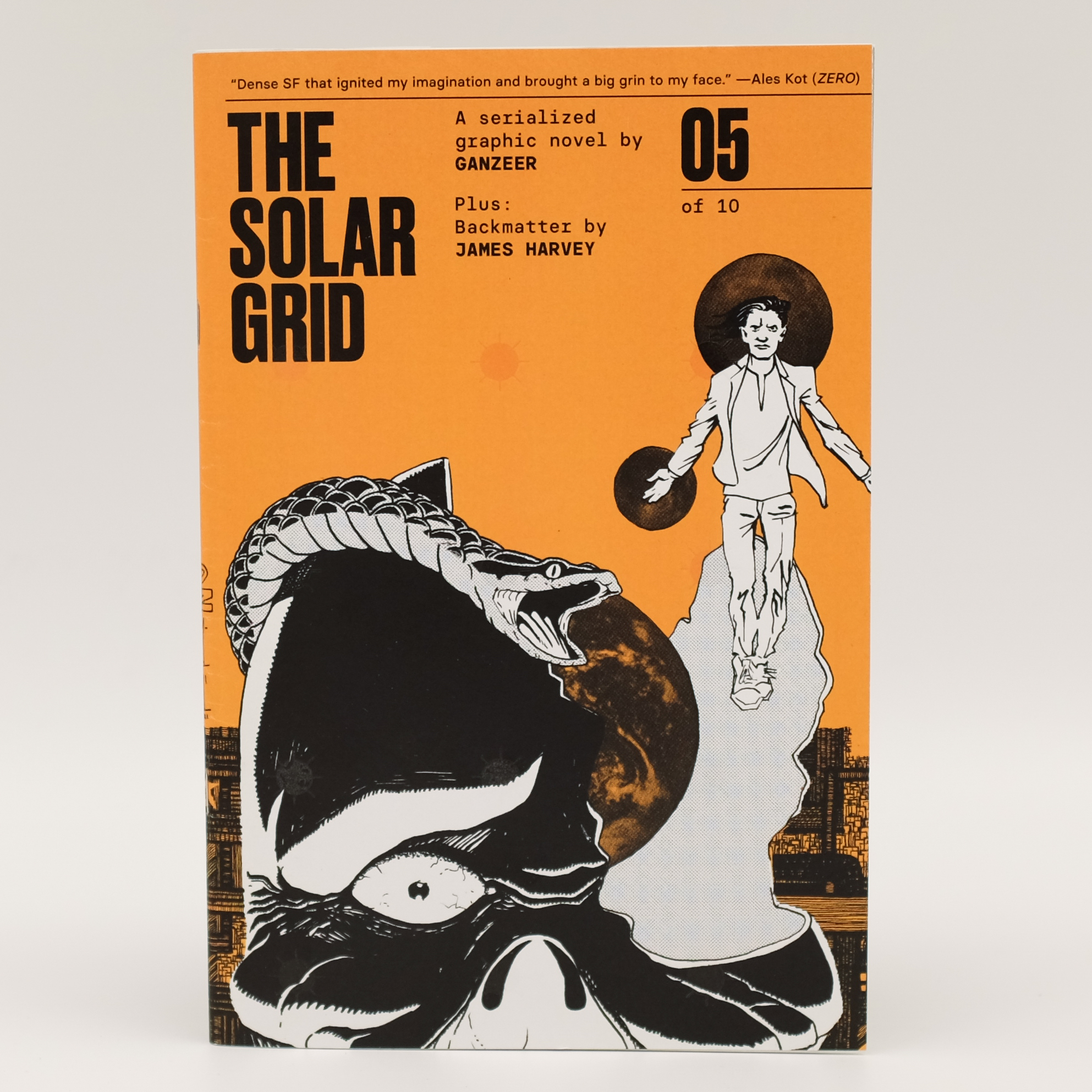