adwell Turnbull is an author whose work is informed by the political sci-fi of Octavia Butler and Ursula K. LeGuin. His debut novel, The Lesson (Blackstone Publishing, forthcoming), is set in the US Virgin Islands, and focuses on the strained relationship between the islanders and an alien race that has taken up residence during an undisclosed research mission. Cadwell is also a member of the Grassroots Economic Organizing (GEO) collective, and the Dollars & Sense collective. I spoke to Cadwell about sci-fi as a tool, and worker cooperatives in fiction.

For those who don’t know you, introduce yourself and your work.

You’ve got a debut novel coming out called The Lesson, and I read a blurb on the publisher’s website that compares the work to that of Octavia Butler and Ursula K. LeGuin. Can you talk a little bit about the book and how it came to be?

The idea for the book came out of a dream I had. In the dream aliens lived among us. They looked like us and moved like us, but responded to threats with disproportionate violence. They were also super strong, which made their responses quite graphic. That dream stayed with me for some time and eventually I started writing fiction inspired by it. I changed some of the details as I wrote. I set it in the U.S. Virgin Islands where I grew up and explored how alien cohabitation might affect a small place that has long experienced colonialism. The parallels soon became obvious.

The Lesson follows three families over several years, showing their lives before and during the alien occupation. The Ynaa are here on a research mission they won’t disclose and have offered technology in exchange for completing their work. This forms the central mystery of the novel and also the central conflict. During their time in the Virgin Islands they’ve committed violent acts, and their diplomatic immunity exacerbates tensions among the locals. After the death of a teenage boy, tensions reach their climax.

Aside from your fiction, you seem heavily involved in economics but come at it from a more radical perspective. How does that work inform the things you write?

I am very interested in solidarity economics, but more the solidarity end of things; I still have quite a lot to learn about economics. In graduate school I started developing a story idea about a marginalized community using income sharing and cooperative work to build wealth and security for themselves. I was imagining it as a science fiction story, but once I started doing research, I discovered that there was already a vibrant movement around this work. That’s where it started and my interest has only intensified over time.

Recently I published a short story for The Verge’s Better Worlds project, one that imagines a future where cooperatives are prevalent. Cooperatives have also made their way into my current novel project. But even before I started including co-ops specifically in my work, I’ve always had an interest in imagining different socio-political systems. My short story “When the Rains Come Back” explores an alternate Earth where people are free to choose their own government system(s). Under a system called “panarchism,” governments have members located all over the planet, though some are anchored in a particular place. It is a world I’d like to return to and build cooperatively.

“I set [my novel] in the U.S. Virgin Islands where I grew up and explored how alien cohabitation might affect a small place that has long experienced colonialism. The parallels soon became obvious.” 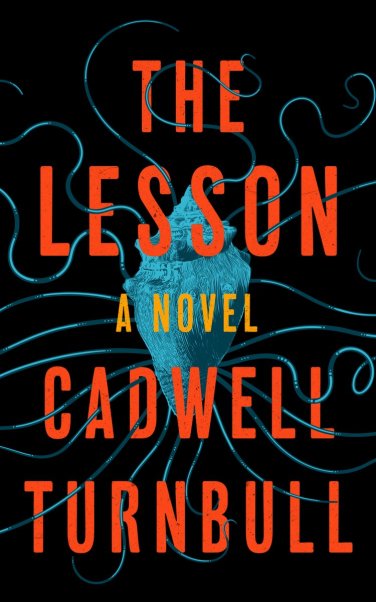 In my current novel No Gods No Monsters there are several worker-cooperatives. These cooperatives are not only present but are essential to the overarching story of what I hope will be a series of contemporary fantasy novels. Many of the co-ops in the series have federalized or formed associations to create an infrastructure of economic stability in a world that is swiftly changing by magical means. It is a strange marriage of ideas, but something I hope will resonate with a popular audience.

I can’t wait to read that! One thing about worker cooperatives is that they’re incredibly rare in publishing. There’s AK Press, and us, but aside from that, a Google search for “worker cooperative publisher” turns up nothing useful. How do you think that business model could affect the publishing industry?

Writers—and this is a gross oversimplification—have two main publishing options: independent and traditional. Both come with high risks. No one truly knows if a book will do well. Indie-published writers will sometimes sacrifice editing, marketing and printing support in order to maximize the profits of what they can sell. They may also commit to writing many books very fast if they want to turn significant profit, i.e. the “shoot until you hit” strategy.

In traditional publishing there are more support services through the publisher, but sometimes that means authors may have to give up more creative control. Bad sales can also significantly affect a writer’s prospects, which creates a lot of anxiety. So much work goes into making a great book and getting that book attention in the wider world. It is easy to lose sight of how many hands it takes to do this, until that effort dries up.

I’ve seen successes on both ends of this. I’ve seen indie-published authors do well and amazing traditional publishers do great work with their authors. I’ve been exceptionally lucky in this regard; my publisher for The Lesson has been fantastic. There is certainly a lot of valuable work being done in the industry.

But when I think about how we can create stability for more people, while acknowledging the great work a good publisher does, publishing cooperatives seem like a powerful model. I especially would like to see writers and even readers as stakeholders in these co-ops. I get excited imagining how stabilizing that would be for everyone, not just writers. I also see how important this could be for representing marginalized or under-represented groups. Solidarity allows for a bit more empathy in what is a very difficult and uncertain process. It also inspires people to acknowledge everyone’s contribution, which is especially important when it comes to creative work.

“When I think about how we can create stability for more people, while acknowledging the great work a good publisher does, publishing cooperatives seem like a powerful model.”

Radix Media is in the midst of our Futures sci-fi series, where we’re publishing short stories as standalone chapbooks. The hope is that people read them and apply it to their own lives, to give them ideas on how to build the world they want to see. What do you think the potential is for sci-fi at large to inspire change on a larger level?

Science fiction has always done the work of imagining futures that have fed back into society. Fiction about artificial intelligence, for example, has fueled our own research in that arena. Space travel has long been imagined in fiction, inspiring generations of astronauts and astrophysicists. We’ve always imagined where we were going before we got there. Fiction is a complex imagination engine.

One of my favorite novels is Ursula K. Le Guin’s The Dispossessed. Her imagining of an ambiguous utopia on a world’s moon was a direct inspiration for my short story “When the Rains Come Back.” I love work that tries to imagine how we can live better together, while not providing easy answers to our problems.

I am especially interested in stories that are close to the present, but imagining different social, political and economic systems. We have so many creative tools at our disposal that we aren’t using to their fullest capacity. Science fiction could be the imagination engine for deep thinking about our current problems. Creative work could make the exploration of our biggest questions engaging and accessible through character-driven narrative. The potential is in the details, in how close we can get to plausible futures that could be made out of real efforts today. Some people have called this design fiction, but that feels flat to me, authoritative. What I want is fiction in perpetual conversation with people’s greatest hopes and most practical solutions. Cooperative science fiction told through complex shared worlds is where I think we ought to go next. We could create infinite feedback loops that way, developing better engines of collective imagination.

What’s next for you?

I am currently writing No Gods No Monsters and a few short stories that will (hopefully) appear in anthologies next year. I am also trying to put together a number of shared worlds with other writers and creatives. My hope is that these projects will begin to produce fruit over the next several months. 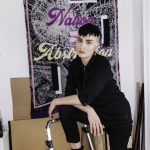 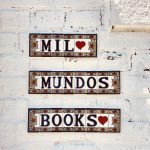