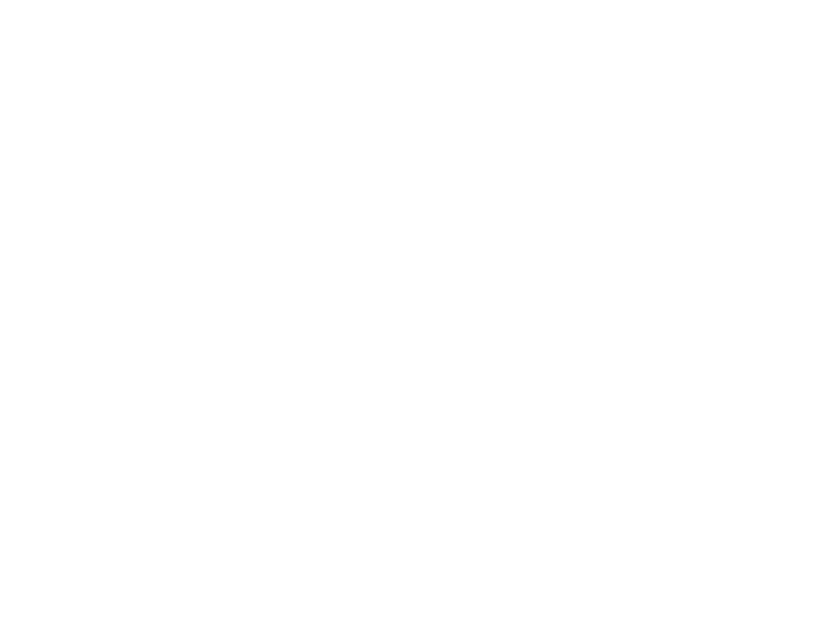 Morey has a little bit of a problem: he sees dead people. Dead family members, specifically. But are they there to help him remember good memories, or to drive him insane?

“The Apparition of These Faces” by Zella Christensen is one of many stories in our debut anthology, AFTERMATH: Explorations of Loss & Grief. We are happy to publish it here and hope you enjoy it.

The Apparition of These Faces

hanks to the ghosts in his house, Morey left for work an hour earlier than usual. He had fled to the metro to escape the dead, because all levelheaded people know that supernatural beings only appear when there is no one else around to witness them. On the orange line from Vienna into D.C., he kept looking over his shoulder to make sure his dead mother had not followed him. She was the principal ghost. She had woken Morey up by shaking his shoulder gently and whispering, “Honey, do you know what day it is?”

For a moment, the question so consumed Morey that he didn’t wonder who had asked it.

“My birthday,” he said after a sleep-muddled pause.

Then he sat straight up and fumbled for his glasses, because Morey lived alone, and he was sure he recognized that voice. When he put his glasses on, there she was, standing over him and smiling tenderly. Morey almost passed out from fear. Instead, he dove past the ghost, grabbed yesterday’s rumpled work clothes from the floor, locked himself in the bathroom, and dressed. He had to escape, but he wasn’t about to run outside half-naked. Just because he was hallucinating dead people didn’t mean he was going to give the whole neighborhood something to gossip about. By the time Morey’s hands stopped shaking enough to let him button his shirt, his pulse had slowed. Of course there was no ghost in his room! He had woken from a very realistic nightmare, that’s all. He took a deep breath and opened the bathroom door.

Before she could speak, Morey bolted for the front door. Shoes, car keys, briefcase, door, he thought, focusing on the concrete details of his escape. As he ran through the living room, his house erupted with voices.

Dead uncles, aunts, grandparents, and childhood friends burst from their hiding spots behind chairs and sofas. Some of them blew noisemakers and threw confetti. Morey stumbled and grabbed his shoes, car keys, and briefcase as he rushed outside, slamming the door behind him. Sweat soaked his white shirt. He tottered a few steps from the house and sat on the sidewalk to put on his shoes. It was too early for Morey to leave for work, but he wanted to be around people, somewhere safe and mundane. On the metro, he looked around to reassure himself that the dead were not among the usual crowd of sweaty, overly cologned suburbanites on their way to jobs in the city.

Morey was the first person in the office. He turned on his computer and opened the spreadsheet where he kept track of who was supplying armaments to whom. Nathan, the cubicle neighbor who chewed gum too loudly, was the next person to arrive. He was decades younger than Morey, which seemed true of more of Morey’s coworkers every year.

“Tim told me to tell you there’s something wrong with the calculations you sent last night,” Nathan said as he passed Morey’s desk.

Morey turned to ask for details, but Nathan had already vanished behind the gray carpet wall that separated them. Morey checked his email for sent messages, trying to figure out what he’d told Tim and where he’d gone wrong. His morning terror was fading fast, leaving nothing but the stink of cold sweat. It was impossible to think of ghosts while trying to predict what his employer would spend next year on products that hadn’t been developed yet.

That afternoon, a spatter of applause woke Morey from his computer-induced fog.

“What’s that?” he asked no one in particular.

“Some guy from HR’s retiring,” said a young man—not Nathan, someone five or ten years older.

A moment later, a sheet cake floated past Morey’s desk, suspended on the arms of two men in business suits. It disappeared into the break room.

“How long was he here?” Nathan asked the man who apparently knew what was going on.

I’ve got him beat by five, Morey thought.

In the metro station after work, Morey remembered the ghosts. A red line train stopped in front of him, and through its window he glimpsed a girl so pale he thought she was one of his long-lost recent visitors. He stared at her in such obvious terror that she turned her head to stare back as the train pulled away, by which time Morey had realized his mistake.

The train to Vienna opened its doors, and he took a window seat. He leaned against the glass, letting his head be knocked and jostled by the motion of the train. Nathan’s comment came back to him suddenly, and a sour taste rose from Morey’s throat and collected behind his teeth. For an instant, he had imagined that the applause and cake were for him, although of course no one at work knew it was his birthday. He looked into his face, reflected by the dark window. Maybe you could count wrinkles to figure out someone’s age, the way you could count rings on a tree. Memories of his early birthdays drifted through his mind in a pink, nostalgic light. His mother had always planned surprise parties. Some neighborhood kid always gave the surprise away, but it didn’t matter. What mattered was the collective shout when he walked into his house, the sense of being surrounded by a crowd of people who loved him. Morey wondered what had happened to those crowds. The dead he’d seen recently enough, but where were the living? Through the years they had scattered and lost touch. Perhaps they had forgotten him. He turned away from the window. Before him were rows of the living, bent over newspapers or simply bent, staring at the floor, worn by the day’s work from anxiety to exhaustion.

Morey stood on his front porch. He was only dimly aware of having gotten off the train and driven home, which was often the case. It was as if his brain switched on the parts of him it needed for fine-motor coordination and decision-making and switched off the rest. The ghosts had slipped out of his mind again, but now he remembered. He hesitated.

He turned the key and opened the door. He saw no ghosts, but an unfamiliar shape on his living room coffee table caught his eye: a round, neatly frosted cake. He closed the door behind him.

The cake held more candles than he would have thought it could hold, so many he could barely read the frosting beneath them.

Morey stood over the cake, letting his keys and briefcase slip from his fingers onto the sofa. The candles burst into flame, and Morey’s breath caught in his throat. He looked around the living room, but the dead did not appear. Morey stared into the flames, which dissolved into vague, wavering shapes as his eyes filled with tears. He closed his eyes and leaned forward to blow the candles out.

Zella Christensen is an author whose poetry has appeared at Strange Horizons, Star*Line, and elsewhere. This story is her first fiction publication, and is one of many stories in our debut anthology, AFTERMATH: Explorations of Loss & Grief. The book is available for purchase now in our online store. You can learn more about Zella and follow her writing at her website, www.zellawrites.com. 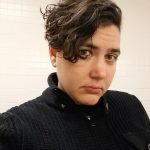 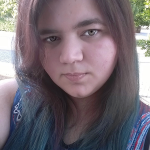