Oscar Lopez Rivera is a Puerto Rican Independentista and until his sentence was commutated by Barack Obama in 2016, he was the longest held Puerto Rican political prisoner to date. He was held on charges related to the struggle for the liberation of Puerto Rico, a colony of the United States. 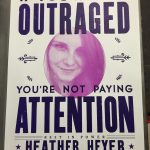