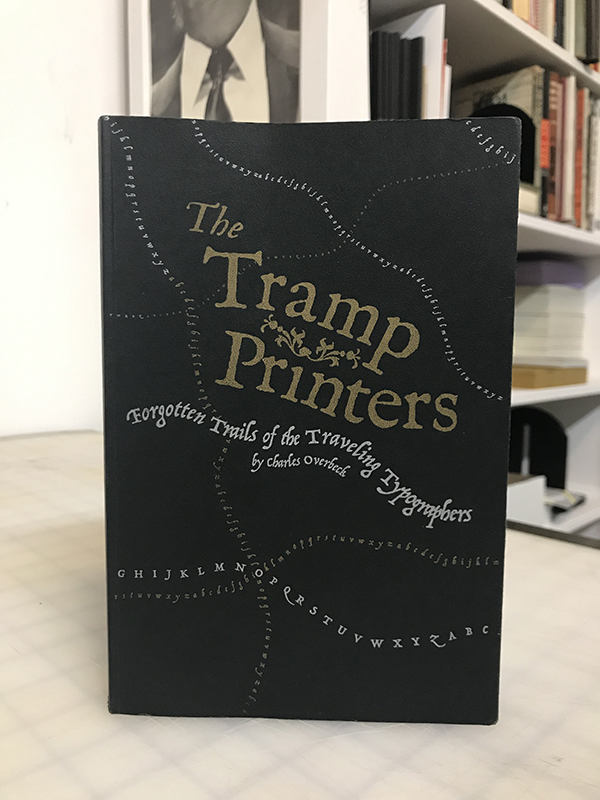 The Tramp Printers: Forgotten Trails of the Traveling Typographers by Charles Overbeck at Eberhardt Press takes a look at the rise and fall of tramp printers at the turn of the Twentieth Century. Tramp printers were the original freelancers, traversing the country and sometimes even the world looking for work. More often than not, tramp printers were union members. Union membership guaranteed printers a job at any shop with a union contract, allowing them the freedom to travel as well as the stability that comes with employment. 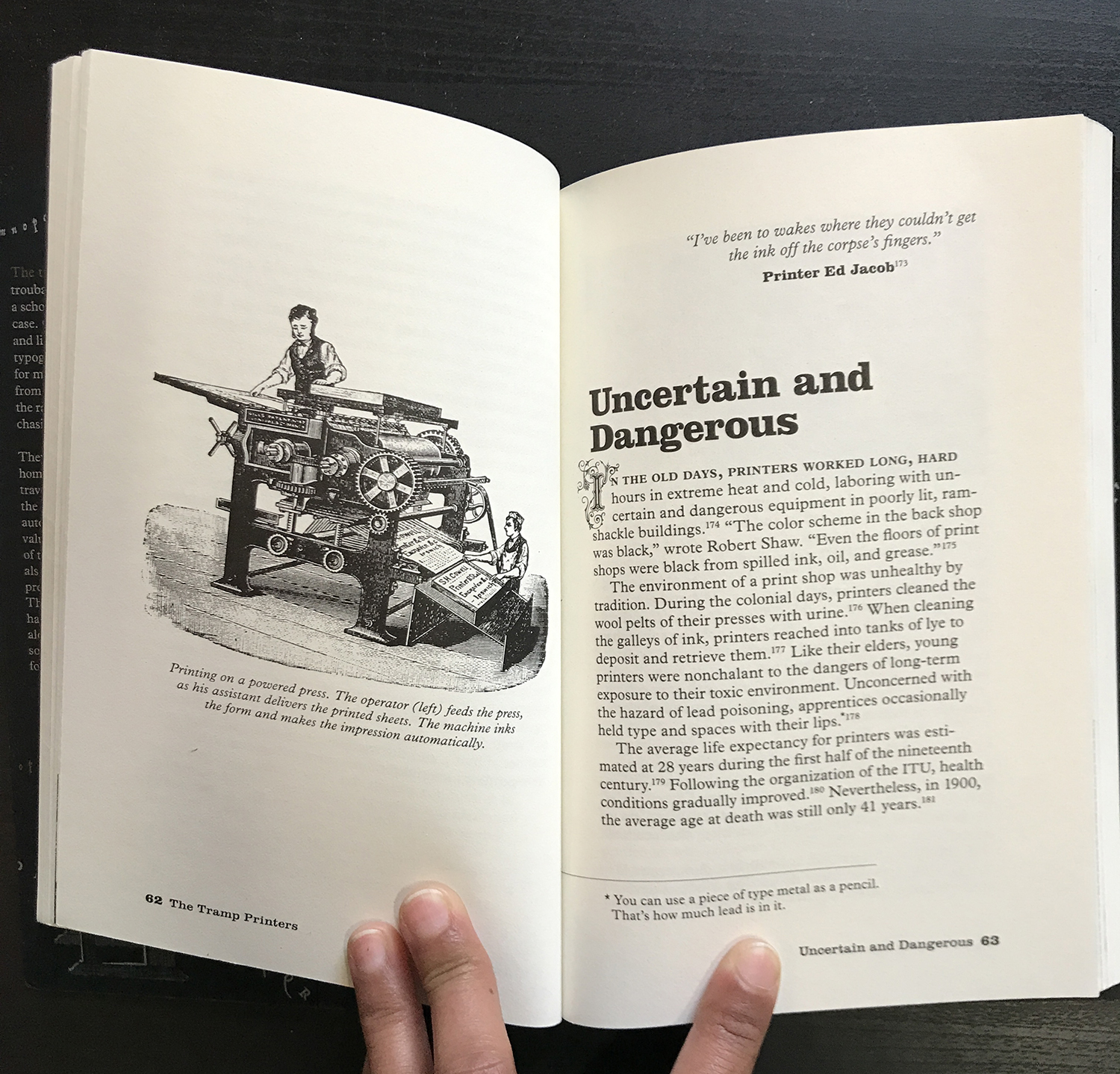 The rise and fall of the tramp printers is intertwined with the rise and fall of the bargaining power of labor unions. Overbeck even argues that printers were integral to the success of labor unions. Printers formed the first national trade union, the National Typographical Union, paving the way for others. The strength of these unions delayed the modernization of the print shop, but not enough to keep the tramping tradition alive.

There were definitely a lot of ups and downs to being a tramp printer. The job itself was not the easiest—printers worked long hours under grueling conditions, often leading to health problems. Printing culture was also rampant with alcoholism and sexism. 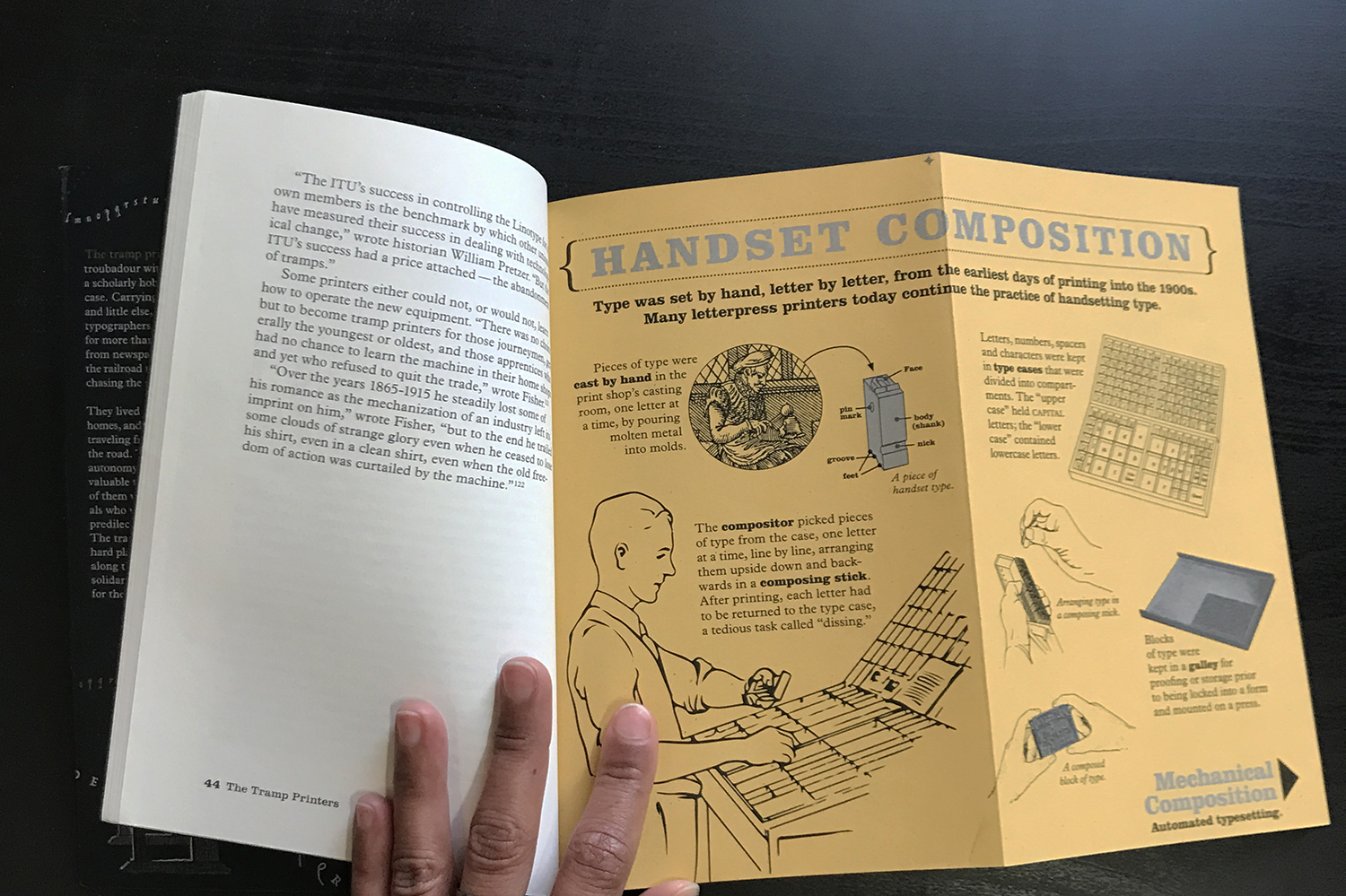 The Tramp Printers tells the story of how printers have been integral to the development of literacy and labor struggles. In a way, printers are the unsung heroes of the modern age. We can’t wait to read some of the books in the bibliography. You can purchase the book from the Eberhardt Press website.

Eberhardt Press is both a printer and publisher. You can see the thought and care that was put into each step of the book. From the jacket design, to the layout and ink choices. They are keeping the tradition of printer as publisher alive, much in the same way that we are with Aftermath: Explorations of Loss & Grief. 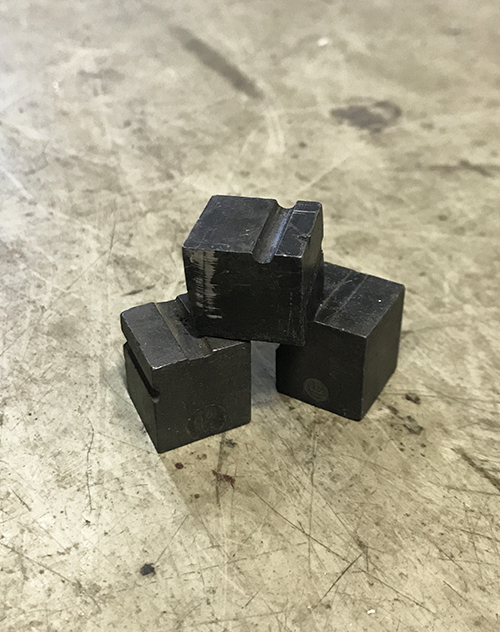 Quad type like the kind used for Jeffing. “Jeffing was an ancient pastime in which printers gambled by throwing quadrats like dice.”