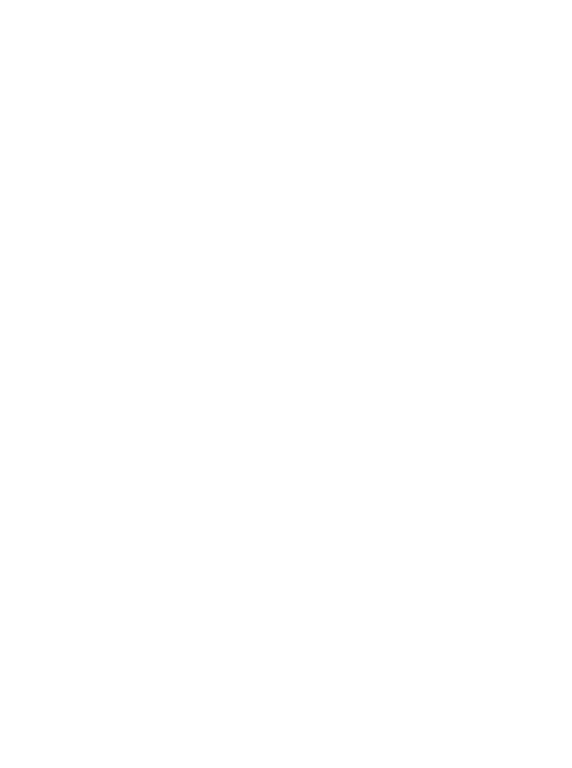 Hoda Katebi is a Chicago-based Muslim-Iranian abolitionist, photographer, author, community organizer, and radical fashion blogger. She runs the site JooJoo Azad, where she writes about fashion, politics, and the connection between them. She’s proven to be a fierce, outspoken voice on topics such as Western Orientalism, police brutality, and Iranian struggle.

For people who have never read JooJoo Azad, can you describe the blog and its aims?

JooJoo Azad (literally translating into “Free Bird” in Farsi) is a radical, political fashion blog written from the perspective of a Muslim, Iranian community organizer (that’s me)! This space is explicitly anti-capitalist, anti-imperialist and intersectionally feminist, and explores fashion as both an inherently complex and political form of art and also its ability to make conversations about social justice more accessible (or sometimes just its ability to be used as bait for white women).

One of the featured posts on the site is titled Notes from a Muslim Feminist. Why do you think the concept of a Muslim feminist is such a difficult concept for people?

I think the term “feminist” is an incredibly loaded term for both Muslims and non-Muslims. For Muslims, oftentimes the term insinuates a sort of imperialist, white feminism mission that is responsible for, in part, the horrid U.S. invasion of Afghanistan and “saving the Muslim woman from the savage brown man,” among other imperialist projects. But current anti-Muslim racism is also so often coded in terms that center on women’s bodies as the marker of the progress of a society, with “feminism” and a state’s ultimate progress hinged on dressing in Western dress and unveiling.

For Western feminists whose understanding of “feminism” is so reductive and exclusionary, there is no space for women who do not center sexuality in their understanding of liberation, or truly any woman who experiences the intersections of oppression, be it race, class, gender (being trans), etc. Western feminists, or white feminists, lack nuanced and complex understandings of the multiplicity of womanhood, internationally. For example, one cannot call themselves a feminist and support police, the military, or the state of Israel, for example—all three are involved in violence against women physically and structurally, and are built upon, and continue to deepen, patriarchal frameworks of society. 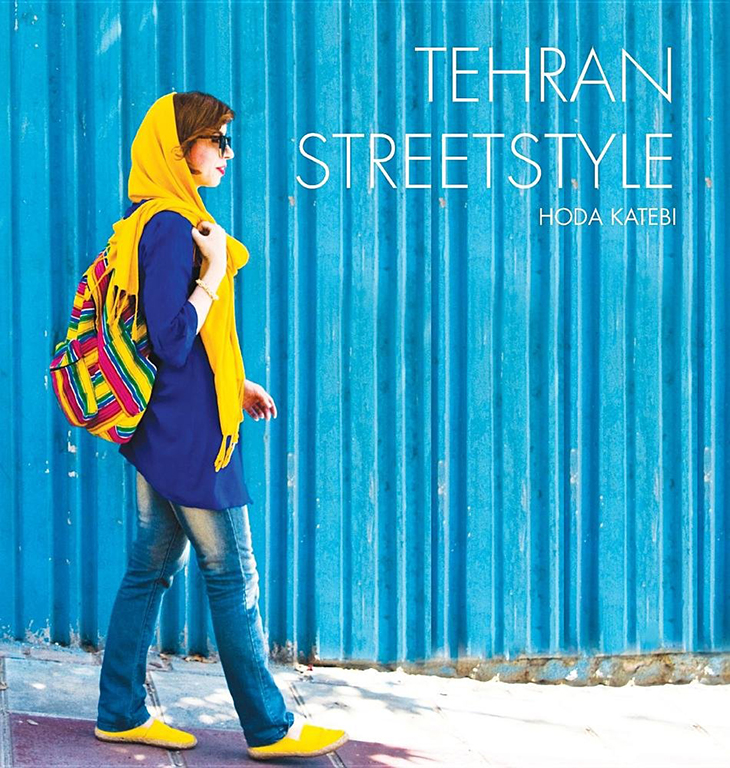 You published a photography book in 2016 called Tehran Streetsyle. How did that project come together and how was the response, both inside and outside of your community?

To me, Tehran Streetstyle is a community project. I spent the summer of 2015 in Tehran, Iran, conducting ethnographic research on the politics of underground fashion in Iran and the intersections of fashion, feminism, gender, and the nation for my thesis. As part of the long interviews I was having with underground fashion designers, there was unanimous agreement that there is a major gap in academic or artistic productions relating to Iran that did not center a challenge to false mainstream Orientalist representations of Iran, but rather worked to simply uplift, celebrate, and document what is happening in Iran, and that celebration being a form of resistance in and of itself. So, the project was conceived and created from there.

In terms of response, people have responded so warmly. Iranians, non-Iranians, Muslims, and non-Muslims alike all have all been so receptive, and it’s been such a wonderful experience!

Tell us about the #NoCopAcademy campaign that you’re involved in with the artist collective, For the People.

The despicable mayor of Chicago, Rahm Emanuel (who was instrumental in the cover-up of the shooting of Laquan McDonald), is building a $95 million police and fire training academy in West Garfield Park, a historically Black and low-income neighborhood where he recently closed several public schools. Despite the apparent budget crisis, there seems to always be money for police and violence despite the closing of schools and mental health facilities. This campaign, led by young Black organizers with Assata’s Daughters, is centered on preventing the creation of this major investment in police and inviting the community at large to imagine what $95 million in community resources would look like.

For the People Artists Collective is a collective of radically-minded Black and Brown artists from across Chicago who understand the inherent political nature of art and the importance of art as central to movement building. We create art for community organizations, campaigns, movements, and ourselves, and our work is rooted in an abolitionist politic. 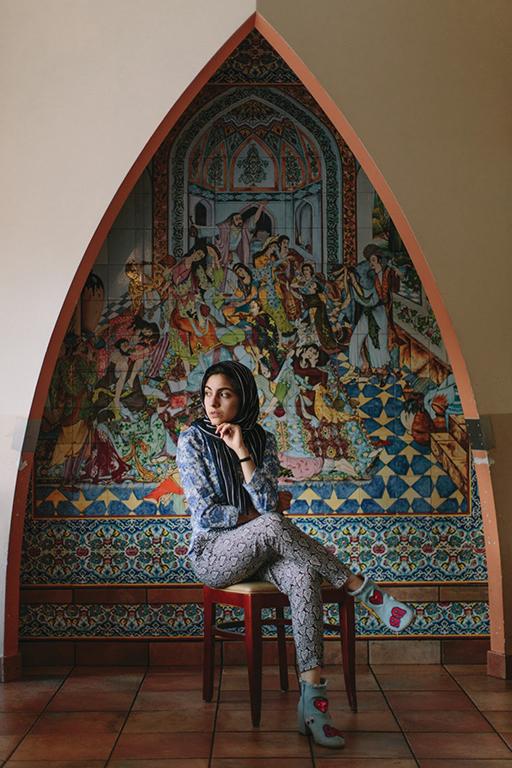 You recently announced a new clothing line called the Azadi Collection. Can you give us any details about it?

Yes! Things are a bit under wraps now—all I’ll say is that it’s an ethically-constructed, politically-motivated clothing line with the first collection set to explore gender and femininity through Islamic architecture in Iran. You can follow the Azadi Collection on Instagram to stay updated with the progress!

In addition to the clothing line, you’re starting a spin-off project of the site called The JooJoo Journal. Is this going to be an online publication or will it see print?

Yes! We also have an Instagram for that! It will still be online, although I’d love to get a print edition going in the future. The Journal will be a multimedia, community-written companion to JooJoo Azad, sourcing articles and creative projects from people of color around the world with similar radical politics and nuanced understandings of the world. 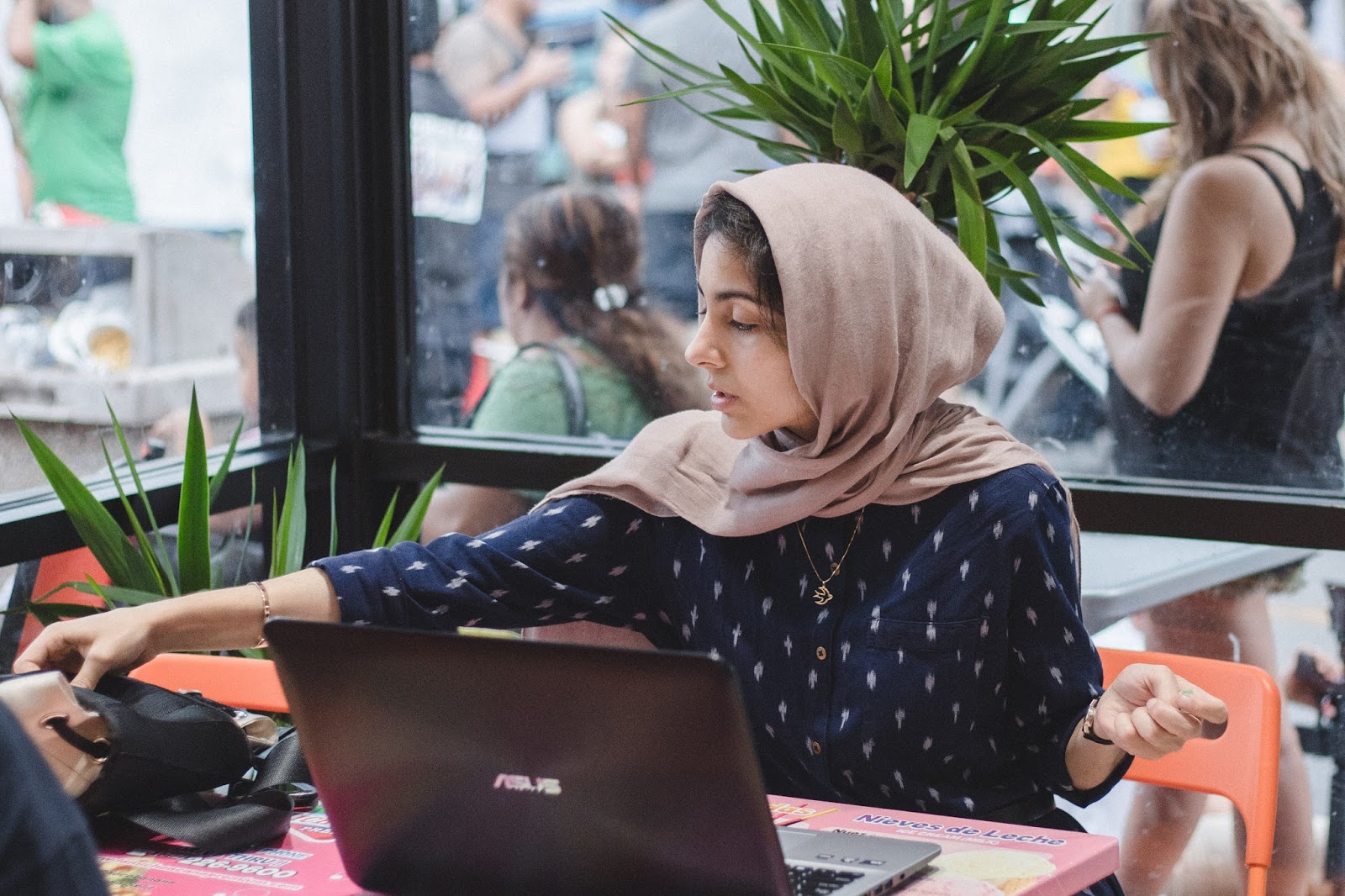 How can people support you and your work?

We’re going to be launching some fundraisers for the JooJoo Journal and the sewing cooperative of refugee women I’m launching in Chicago, so if you subscribe to our mailing list you can stay updated with the progress of all of the projects, latest posts, and ways to support further!

Community Spotlight is a blog series that seeks to connect people power with print power. Each post will feature a person or organization using print and design to do great work in their community and build a more just world. Subscribe today and let’s start building together. 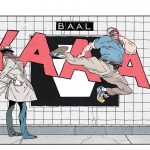